Let’s start this one off by not pussy-footing around the bush, so to speak.  Rape culture is real, despite those who denounce it.   I’ll leave the full definition here courtesy of wikipedia (https://en.wikipedia.org/wiki/Rape_culture).  For those of you who experience it, pretty much on a daily basis, you know what I’m talking about.  The term has been widely used since the 1970’s to describe a very real attitude and behavior.  Even the ever common rape joke attributes to this unhealthy cause.  In many situations, we feel that it’s ok to blame the victim.  Usually the blame is due to circumstantial barriers blinding us from what it truly means.  There is a great video about CONSENT that has been making it’s rounds on the internet that I feel easily describes an apparently highly confusable topic (Animation courtesy of Emmeline May at rockstardinosaurpirateprincess.com and Blue Seat Studios. http://www.consentiseverything.com).

There are oh so many statistics to pine over and go through, go through them, they are interesting to relate gender, demographic, race and other situational variables.  Essentially in the US 15-20% of women experience some form of rape.  Seem like a lot? It is.  This is obviously not a topic that related only to women.  Rape does not discriminate.  Essentially, using older study data, 91% of rape victims are female and 9% male.  This doesn’t fill the gap however that only 36% of rapes are even reported; meaning if you were in a position where it may be more-so frowned upon among your peers for you to report it, you are much less likely to ever bring it up to anyone, let alone an authority figure.  How would we ever actually know the true statistics, the sad truth is that we won’t.

These statistics make me mildly sick, then extremely angry, then hopeful that places like this and many others are around for stories to be shared and advice for help to be gotten, to take back your life.

Most kids in middle school are still playing spin the bottle and crying over school dances or ruining a new shirt more so than their sex life, but we live in a new and frightening world.  Spin the bottle is out and butt chugging is in (if you don’t know what that is look it up, I find it too unreal to link it here).  Young children with iphones have the ability to see our deranged world, up close, right at their finger tips.  No proper discussion on consent, on real life sexual situations, obsessive pornography patterns and the prolonged effect it has on your ability and functional ideas in real situations.  It is not surprising that people grow up unaware in this culture of how much of a constant reality rape is, so much so that people are not surprised to hear someone has been a victim of rape, it’s become the norm.

Details are details.  Each specific case is different and therefore affects each individual differently, with consideration to how it was dealt with if ever at all.  As you my have guessed, it is something I’ve dealt with in my life.  I’d like to make it clear that there is nothing anyone could’ve done to prevent this and my goal is not to make anyone feel badly or guilty about not being there to help, it was a closed topic for me and to those unaware for a decade.  Years have passed and though it felt like I would be under it’s control forever, I’ve learned that there are ways out, like exit strategies on a motorcycle.  I am going to leave some details out and some details in.  This is obviously my first attempt at making this information public, so I’ll make it short and…sour.

When I was 15,  I was at a party on the East side of the city with some older punk friends of mine.  Two of my friends had left, my ride there, so me and a few other friends decided to stay.  I was asleep in a room that was essentially a walk in closet with another friend of mine sleeping on the other end of the floor.  A man in his late 20’s, who’s home it was, where his wife slept, entered the room, restrained me and committed the act.  There was no way for me to wake up my sleeping friend, be it my wailing arms or muffled calls. The one arm I was able to briefly free kept pounding against the carpet just out of reach.  Arms pinned back I attempted to bite his palm that was smashed into my face, with his full body weight.  By the end I was physically torn in two major areas, extremely confused.  On top of that, it was my first time. As an adult I still do not like my face being touched.  There, not so bad was it? What followed was worse than the act itself.  I sat on his kitchen floor speechless drinking tap water out of a mug as this grown man, stood over me and told me, a frightened teenager, that I “wasn’t too bad”.  I hated him more than anyone in my whole life and I continued to for years.  I saw his face in my head when I closed my eyes.  I resented and become disgusted by facial piercings for years following, as he was covered in them and the way they shined on peoples faces caused me triggers that I didn’t even understand for a decade.  I didn’t know his name until the three days following this event.

The days following were filled with friends who judged me, not knowing what had really happened, accusing me of being a home wrecker, someone very close in my life completely not believing me at all when I finally opened up to them (I later learned because the same thing had happened to her and she was too ashamed to admit it), lying to a doctor when an unexplainable, yet semi-obvious injury came up during a physical, lying to my first boyfriend when I had told him he was my first, having to relive it by an abusive ex later driving me around aimlessly through the east side for hours making me try and find the house from years earlier where the incident occurred. A house that I had only been to once for that single night.   I never reported this specific assault to an authority. 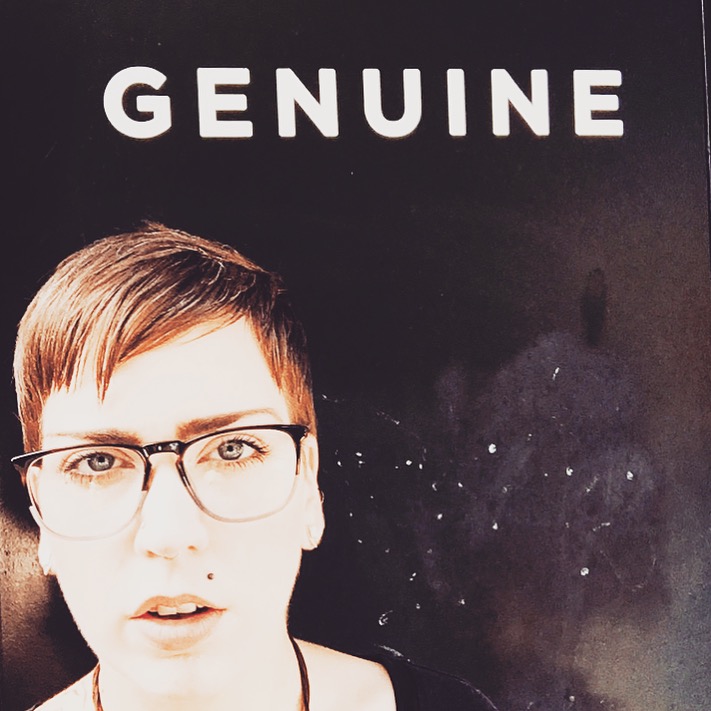 The experience as a whole has not made me who I am, but in the same stroke it has and I fucking love myself for it.  The fear and distrust you obtain from an assault is real, the hatred is real as well and it may very well control the rest of your life, but you don’t have to let it.  When I began dating, I was still open to the fact that not every person was not evil, I was definitely resentful that my choice was taken away most of all.  The body is a vessel for the soul, this person did nothing to my soul that couldn’t be stitched and refilled.  However, my already gigantic lack of confidence compiled with this assault lead me into an abusive relationship that lasted 4 years and took the police and support of my family to set me free.  There will surely be a section on abuse where I will go further into this.

Most importantly, going back to idea of rape culture, I find it is most important to not find blame in yourself, no matter how the situation occurred because I will tell you it’s very easy to constantly go back to over and over again in your head, replaying it to death.  This is a part of your story, it is not who you are, it does not dictate your path in life and the right people will understand it’s importance and significance to you as a person and the path that it takes you from then on.  It takes nothing away from you and you can regain control.

There are many paths to go after a sexual assault is experienced, from a trusting friend to an actual authority to help deal with the issue, getting justice for you, finding and charging the assailant or even the seeking of professional therapy.  Below I have shared some helpful programs and establishments to help you no matter what stage of the process you are in.  Feel free to share your views or email me at Mallorymordaunt_at_gmail.com

There is also an amazing anti-slut shaming podcast called “Guys We F****d”, which puts a new spin on sexuality and it’s open discussion.

This is a text widget, which allows you to add text or HTML to your sidebar. You can use them to display text, links, images, HTML, or a combination of these. Edit them in the Widget section of the Customizer.